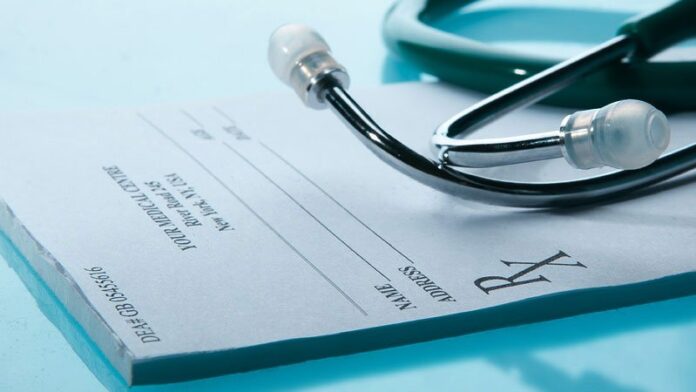 North and South Carolina lawmakers are considering bills that would require clinicians to coprescribe naloxone for patients who are prescribed opioids. However, the American Medical Association (AMA) and both states’ medical associations oppose the legislation.

Prescribers who fail to coprescribe these medications could be subject to discipline “by the appropriate licensing board,” notes the proposed South Carolina Senate Bill 571. North Carolina House Bill 93 has the same disciplinary mandate and largely mirrors South Carolina’s legislation.

Both bills would require coprescription of naloxone in cases in which the original opioid prescription is for ≥50 morphine milligram equivalents (MMEs) when an opioid is prescribed with a benzodiazepine or when patients are at increased risk for overdose or have a history of substance use disorder.

The AMA told North Carolina lawmakers that it would not support the bill, in part because there is “no national standard for what constitutes ‘risk,’ ” a letter from AMA CEO James Madara, MD, notes.

The decision to use 50 MME as the cutoff is not rooted in evidence. If enacted, the bill might mean that physicians would have to prescribe naloxone to “patients with cancer, patients stable and functional on opioid therapy, and patients in hospice or receiving palliative care,” Madara told Medscape Medical News.

He added that this could lead to unnecessary costs or harm if naloxone were used unintentionally in such settings.

One Size Does Not Fit All

In 2017, the AMA’s Opioid Task Force encouraged physicians to “consider co-prescribing naloxone when it is clinically appropriate to do so,” but noted it was “a decision to be made primarily between the patient and physician.”

The North Carolina Medical Society — along with more than a dozen specialty societies — opposed its state’s House Bill 93.

“The decision to co-prescribe naloxone should be one that is based on a prescriber’s clinical judgment,” the society wrote in a letter to state legislators. “It should not be one mandated by law.” The society also noted that anyone can obtain naloxone without a prescription in the state.

The House passed HB 93, and the bill is awaiting action by the Senate.

The South Carolina Medical Association (SCMA), which shared the AMA’s letter to the North Carolina legislature, expects the AMA to object to its state’s bill. The SMCA has similar concerns about its state’s legislation, which was unanimously passed in the state Senate and is now awaiting action by the House.

“The South Carolina Medical Association believes that opioid addiction is complex and there is not a one-size-fits-all solution based on dosage,” said Michael T. Finch, Jr, MD, president of the SCMA, in a statement to Medscape Medical News.

He said patients in the final stages of life do not need naloxone and that some might believe that they can’t become addicted at doses of <50 MME. “The SCMA supports physicians having these conversations with patients, but believes medical judgement is needed,” said Finch.

Naloxone is available in South Carolina without a prescription and sometimes free of charge. The state saw a massive increase in overdoses soon after the COVID-19 pandemic began. In May, there were 915 suspected opioid overdoses, which was the highest monthly total in the state’s history and is twice the number reported in May 2019.

In 2019, 876 South Carolina residents died from an opioid overdose. This excludes deaths from heroin, at 196, and fentanyl, at 537 deaths.

If the bills pass in North and South Carolina, those states would join nine other states — Arizona, California, Florida, Indiana, New Mexico, Ohio, Vermont, Virginia, and Washington — that require coprescription of naloxone and opioids. Currently, issuance of a naloxone prescription with an opioid is recommended in five states — Delaware, Maryland, Rhode Island, Oregon, and Utah.

New Jersey issued an administrative order in May 2020 requiring coprescribing, but the order will remain in effect only during the COVID-19 public health emergency.

The first state laws were enacted in 2017. Subsequent statutes have been signed into law, and federal authorities and medical organizations have encouraged naloxone coprescribing.

In 2018, the US Department of Health and Human Services recommended that all Medicare patients at risk for opioid complications, including overdose, receive a concurrent prescription for naloxone.

In July 2020, the US Food and Drug Administration asked opioid manufacturers to encourage physicians to coprescribe naloxone with opioids or medications for opioid use disorder.