NEW YORK (AP) — Frustrated by the flow of coronavirus vaccine from the federal government, Gov. Andrew Cuomo on Monday floated the idea of buying shots for New Yorkers directly from one of the vaccine makers, Pfizer.

The idea seemed far from a sure bet, with the pharmaceutical giant saying it would need federal approval to sell to state governments. If that were to happen, the cost and amount have yet to be be discussed.

Regardless, Cuomo said he felt compelled to broach the idea as his state, like many others, faces tough vaccine math. At the current pace of federal vaccine shipments to New York, it could take six months or more to get shots to the 7 million residents already eligible under federal guidelines, let alone the roughly 12 million other New Yorkers. Residents have been scrambling to try to get the shots, with many getting shut out and upset. 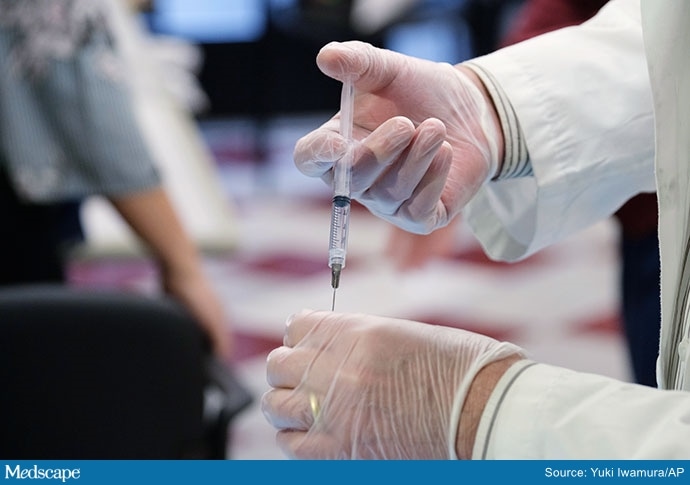 CVS Pharmacist Gerard Diebner prepares a shot of the COVID-19 vaccine for nursing home residents at Harlem Center for Nursing and Rehabilitation in New York City.

“My job as governor of New York is to pursue every avenue, and that’s what I’m doing,” the Democratic governor said at a virtual news conference as he released a letter he’d written to New York-based Pfizer about his idea. He told the company it “could help us save lives right here in New York.”

Pfizer Inc., which developed one of the current vaccines with German partner BioNTech, said in a statement that it appreciated Cuomo’s praise and was open to working with the federal Health and Human Services Department on getting the shots as quickly as possible to as many Americans as it could.

“However, before we can sell directly to state governments, HHS would need to approve that proposal,” the company said.

An HHS spokesperson said via email that Cuomo is “trying to circumvent a long-planned federal allocation system by attempting to cut to the front of the line at the expense of fellow jurisdictions.”

The spokesperson said the top priority for HHS is “maximizing the availability of safe and effective vaccines in a manner which is responsible, fair and equitable for all Americans, not just to those in New York State.”

Under the current system, HHS allocates vaccine doses to states and ships them. The federal Food and Drug Administration’s emergency-based authorization for the Pfizer vaccine specifies that it will be supplied “as directed by the U.S. government.”

The federal government has been paying $19.50 per dose for the Pfizer vaccine and has ordered 200 million doses so far, enough to give the two-shot regimen to 100 million people. Other nations around the world have also placed orders.

Earlier in the pandemic, Cuomo complained last spring about U.S. states competing against one another, or being outbid by the federal government, for then-scarce protective gear and ventilators. At the time, he called on the federal government to nationalize medical supply acquisition of those items.

In early December, Dr. Katy Stephenson was watching TV with her family and scrolling through Twitter when she saw...
Read more

In early December, Dr. Katy Stephenson was watching TV with her family and scrolling through Twitter when she saw...
Read more
Brain Booster

Why Is Spinach Good For You? | Nutrition Fit

Popeye had it right when it came to spinach - spinach is a superfood that helps your body perform at its best. A diet...
Read more
Load more