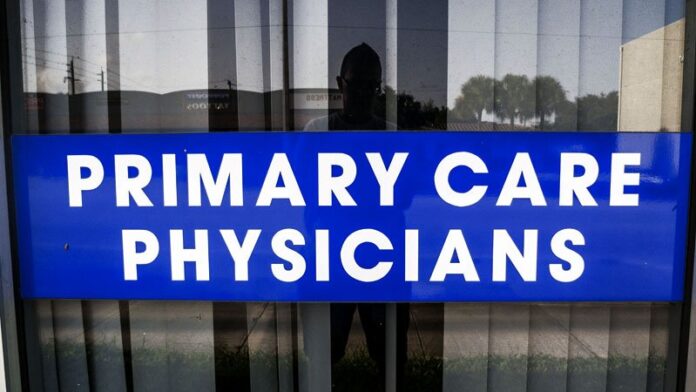 Primary care physicians (PCPs) generate only a small part of the $75 billion to $100 billion wasted every year on low-value care, according to a brief report published online January 18 in the Annals of Internal Medicine.

However, one expert said there are better ways to curb low-value care than focusing on which specialties are guilty of the practice.

By specialty, cardiology had the worst record with 27% of all spending on low-value services ($1.8 billion) attributed to that specialty. Yet, of the 25 highest-spending specialties in the report, 12 of them were associated with 1% or less than 1% each of all low-value spending, indicating the waste was widely distributed.

Primary care is often thought to be at the core of care management and spending and PCPs are often seen as the gatekeepers, but this analysis suggests that efforts to make big differences in curtailing low-value spending might be more effective elsewhere.

“There’s only so much spending you can reduce by changing primary care physicians’ services that they directly perform,” Baum said.

Low-Value Care Is Costly, Can Be Harmful

Mark Fendrick, MD, director of the University of Michigan’s Center for Value-Based Insurance Design in Ann Arbor, told Medscape Medical News that the report adds confirmation to previous research that has consistently shown low-value care is “extremely common, very costly, and provided by primary care providers and specialists alike.” He noted that it can also be harmful.

“The math is simple,” he said. “If we want to improve coverage and lower patient costs for essential services like visits, diagnostic tests, and drugs, we have to reduce spending on those services that do not make Americans any healthier.”

The study ranked 31 clinical services judged to be low-value by physician societies, Medicare and clinical guidelines, and their use among beneficiaries enrolled between 2007 and 2014. Here’s how the top six low-value services compare.

Fendrick said a weakness of the paper is the years of the data (2007-2014). Some of the criteria around low-value care have changed since then. The age that a prostate-specific antigen (PSA) test becomes low-value is now 70 years, for instance, instead of 75, he notes. He adds that some of the figures attributed to non-PCP providers appear out of date.

Fendrick said, “I understand that there are Medicare patients who end up at a gastroenterologist or surgeon’s office to get colorectal cancer screening, but it would be very hard for me to believe that half of stress tests and over half of colon cancer screening over [age] 85 [years] and half of PSA for people over 75 did not have some type of referring clinicians involved. I certainly don’t think that would be the case in 2020-2021,” he said.

Baum said those years were the latest years available for the data points needed for this analysis, but he and his colleagues were working to update the data for future publication.

Fendrick said not much has changed in recent years in terms of waste on low-value care, even with campaigns such as Choosing Wisely dedicated to identifying low-value services or procedures in each specialty.

“I believe there’s not a particular group of clinicians one way or the other who are actually doing any better now than they were 7 years ago,” he said.

He said he would rather focus less on which specialties are associated with the most low-value care and more on the underlying policies that encourage low-value care.

“If you’re going to get paid for doing a stress test and get paid nothing or significantly less if you don’t, the incentives are in the wrong direction,” he said.

Fendrick said the pandemic era provides an opportunity to eliminate low-value care because use of those services has dropped drastically as resources have been diverted to COVID-19 patients and many services have been delayed or canceled.

He said he has been pushing an approach that providers should be paid more after the pandemic “to do the things we want them to do.”

As an example, he said, instead of paying $886 million on colonoscopies for people over the age of 85, “Why don’t we put a policy in place that would make it better for patients by lowering cost sharing and better for providers by paying them more to do the service on the people who need it as opposed to the people who don’t?”

The research was funded by the American Board of Family Medicine Foundation. Baum and a coauthor reported personal fees from American Board of Family Medicine Foundation during the conduct of the study. Another coauthor reports personal fees from Collective Health, HealthRight 360, PLOS Medicine, and The New England Journal of Medicine, outside the submitted work. Fendrick has disclosed no relevant financial relationships.

Marcia Frellick is a freelance journalist based in Chicago. She has previously written for the Chicago Tribune, Science News, and Nurse.com and was an editor at the Chicago Sun-Times, the Cincinnati Enquirer, and the St. Cloud (Minnesota) Times. Follow her on Twitter at @mfrellick.

Summary: Dietary changes to include more foods containing oleic acid, a monounsaturated fatty acid, may help to increase the number...