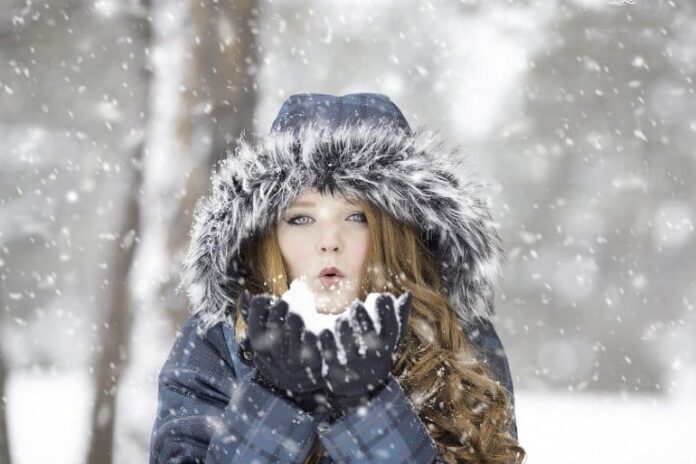 A gene variant that affects skeletal muscle function may have protected humans against lower temperatures as they migrated from Africa to Europe more than 50,000 years ago, suggests a study appearing February 17 in the American Journal of Human Genetics. The loss-of-function (LOF) variant of the ACTN3 gene is known to result in the loss of a skeletal muscle protein called α-actinin-3 and to have become more prevalent as modern humans moved to colder environments. Researchers now show that α-actinin-3 deficiency improves cold tolerance in humans by increasing muscle tone.

“Our study shows an improved cold tolerance in people lacking α-actinin-3, which would have been an evolutionary survival advantage when moving to colder climates,” says co-senior study author Håkan Westerblad of the Karolinska Institutet. “Our study also highlights the great importance of skeletal muscle as a heat generator in humans.”

Approximately 1.5 billion people worldwide carry the ACTN3 LOF variant and therefore lack α-actinin-3. Although deficiency in this protein is not associated with muscle disease, it impairs performance during power and sprint activities. Because the LOF variant became more abundant as humans moved to colder climates, Westerblad and co-senior study author Marius Brazaitis of Lithuanian Sports University suspected that it might play a role in improving cold tolerance.

To test this idea, the researchers immersed 42 healthy 18- to 40-year-old male adults with either the LOF variant or functioning ACTN3 in 14 °C water for 20-minute periods, interspersed by 10-minute pauses in room-temperature air. Cold-water exposure was continued until the rectal temperature reached 35.5 °C, or for a total of 120 min (170 min including the pauses).

While 69% of subjects with the LOF variant were able to maintain their body temperature above 35.5 °C for the complete cold-water exposure, only 30% of participants with functioning ACTN3 were able to do so. On average, loss of α-actinin-3 resulted in half the rate of temperature decline in the rectum and on the calf muscle.

The LOF carriers also showed a shift toward more slow-twitch muscle fibers, resulting in an increase in muscle tone rather than overt shivering during cold-water immersion. By contrast, individuals with functioning ACTN3 had more fast-twitch muscle fibers, which doubled the rate of high-intensity bursting activity.

The superior cold resistance of LOF carriers was not accompanied by an increase in energy consumption, suggesting that the continuous, low-intensity activation of slow-twitch muscle fibers is an energetically effective way to generate heat. Additional results in mice showed that α-actinin-3 deficiency does not increase cold-induced brown fat tissue, which generates heat in hibernating mammals and human infants.

For now, it remains uncertain whether the loss of α-actinin-3 affects brown fat tissue or cold tolerance of human infants, whose survival would have been an important factor during the human migration to colder environments. While the LOF variant may increase slow-twitch muscle fibers at birth, it is possible that this shift occurs later in life. Moreover, it’s not clear whether α-actinin-3 deficiency affects heat tolerance or responses to different types of athletic training.

“Although there are many avenues for future investigation, our results increase our understanding of evolutionary aspects of human migration,” Brazaitis says. “While the energetically efficient heat generation in people lacking α-actinin-3 would have been an advantage when moving to colder climates, it might actually be a disadvantage in modern societies, where housing and clothing make cold protection less important, and where we basically have unlimited access to food, such that energy efficiency can impose a problem and result in obesity, type 2-diabetes, and other metabolic disorders.”

About this genetics research news

The protein α-actinin-3 expressed in fast-twitch skeletal muscle fiber is absent in 1.5 billion people worldwide due to homozygosity for a nonsense polymorphism in ACTN3 (R577X).

The prevalence of the 577X allele increased as modern humans moved to colder climates, suggesting a link between α-actinin-3 deficiency and improved cold tolerance. Here, we show that humans lacking α-actinin-3 (XX) are superior in maintaining core body temperature during cold-water immersion due to changes in skeletal muscle thermogenesis.

Thus, this study provides a mechanism for the positive selection of the ACTN3 X-allele in cold climates and supports a key thermogenic role of skeletal muscle during cold exposure in humans.

What Order Do Baby Teeth Come In?

There are five different types of teeth a baby will develop during the first 3 years. There is an order...