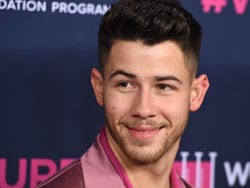 A commercial for the continuous glucose monitor (CGM) Dexcom G6 shown during the Super Bowl has provoked strong reactions in the diabetes community, both positive and negative.

The 30-second ad, which aired between the first two quarters of the American football game yesterday, features singer-songwriter-actor Nick Jonas, who has type 1 diabetes. During the ad, Jonas asks — with so much technology available today, including drones that deliver packages and self-driving cars — why are people with diabetes still pricking their fingers to test their blood sugar?

Jonas goes on to demonstrate the Dexcom G6 smartphone glucose app as it displays three different glucose levels including two trending upward, explaining: “It shows your glucose right in your phone, and where it’s heading, without fingersticks. Finally, technology that makes it easier to manage our diabetes.”

Diabetes type or insulin treatment are not mentioned in the ad, despite the fact that most insurance plans typically only cover CGMs for people with type 1 diabetes and sometimes for those with type 2 diabetes who take multiple daily insulin doses (given the risk for hypoglycemia).

Reactions rolled in on Twitter after the ad debuted February 2, and then again after it aired during the game.

millions of people will see a Super Bowl ad later today spotlighting the need for continuous glucose monitoring (cgm) access for people with diabetes. Let’s not forget that many of those same people cannot afford said technology, nor their insulin, in the United States.

Nick Jonas is the advocate of a privileged life with #type1diabetes. Doing super bowl ads tells the rest of the world that diabetics are living their best life with diabetes technology when the reality is diabetics are dying because they can’t afford insulin. #Insulin4all

Some people who have type 1 diabetes themselves or have children with the disease who use the product were thrilled.

“Thanks to @NickJonas for his advocacy on T1. My 11-year old has been on the Dexcom for three weeks. For a newly diagnosed kid, it removes a lot of anxiety (and for his parents, too!). Plus, he is thrilled his meter has a Super Bowl commercial!” tweeted @KatisJewell.

Another positive tweet, from @rturnerroy, read: “@nickjonas Thank you for bringing representation to #type1diabetes. And hey #Dexcom, you’re the best.”

But many others were critical, both of Jonas and Dexcom. @hb_herrick tweeted: “Diabetes awareness is fantastic. Dexcom being able to afford Nick Jonas for a #SuperBowl commercial is not. This is a healthcare product. Make it more affordable for those who need it.”

Another Twitter user, @universeofdust, tweeted: “Feeling ambivalent about the #Dexcom ad tbh. I love the awareness & representation. But also not a big fan of dexcom spending $5.5 mill+ to make the cgm seem like this ~cool & trendy~ thing when many type 1s can’t afford their insulin, let alone a cgm.”

And @andricheli wrote: “Only people lucky enough to have excellent insurance and be able to afford the out-of-pocket costs have access. Many others do not.”

And in another tweet the same user said, “The #Dexcom is an amazing device. It’s literally life-saving and life-extending. But it’s also very expensive and not available to everyone. Maybe instead of spending $5 mil on a Super Bowl ad, @dexcom should spend that on getting Dex into the handle of people who need it.”

>$5,000/yr just for the basics. Even with great insurance the out-of-pocket costs can be steep. It’s a life-changing devices for people with #Type1diabetes but is unfortunately out of reach for many due to cost. Too many T1s just struggle to afford insulin. #Insulin4all

Others, including @1hitwonderdate, criticized Jonas directly, asking him: “As someone who has struggled with diabetes and is trying to support themselves along with millions of others, why not use this platform to help those who can’t afford their supplies or are rationing them?!”

Medscape Medical News reached out to both Dexcom and to Beyond Type 1, a nonprofit organization cofounded by Jonas, for comment. Both emailed responses.

Regarding the intended audience for the ad, Dexcom acknowledged that it hopes to reach a much wider group than just people with type 1 diabetes or even just insulin users.

“We believe our CGM technology has the ability to empower any person with diabetes and significantly improve their treatment and quality of life, whether they are using insulin or not,” the company said, adding that the ad was also aimed at “loved ones, caregivers, and even healthcare professionals who need to know about this technology.”

According to Dexcom, the G6 is covered by 99% of commercial insurance in the United States in addition to Medicare, and by Medicaid in more than 40 states. Over 70% of Dexcom patients with pharmacy coverage in the United States pay under $60 per month for CGM, and a third pay $0 out-of-pocket.

“That said, we know there’s more to be done to improve access, and we are working with several partners to broaden access to Dexcom CGM, especially for people with type 2 diabetes not on mealtime insulin,” the company noted.

Beyond Type 1 responded to the criticisms about Jonas personally, noting that the celebrity is, in fact, heavily involved in advocacy.

“Nick was involved in the launch of GetInsulin.org this past October,” they said.

The organization “is also advocating for systemic payment policies that will make devices less expensive and avoid the same pitfalls (and rising prices) as the drug pricing system in the US.”

Jonas himself appears aware of the concerns.

Love you all. Thanks for the love on the #SuperBowl commercial. So happy to have been a part of it. More to come on awareness, affordability and advocacy. This is just the start. GO CHEIFS!!!

Meanwhile, in a piece in Esquire, Dave Holmes, who has type 1 diabetes, weighs up the pros and cons of the ad.

He writes: “While Jonas makes it look fun and easy to use a Dexcom G6 — a program to just get with like you would a drone or LED eyelashes — the process of acquiring one is complicated and often very expensive, even for people with good insurance. Which makes the year’s most expensive ad buy, for a product that only a small percentage of the US population needs, confusing to me and others.”

Holmes also spoke with Craig Stubing, founder of the Beta Cell Foundation, a nonprofit that aims to educate and empower those with type 1 diabetes.

“Spending all this money on an ad, when people’s lives are at stake. I don’t know if offensive is the right word, but it seems out of touch with the reality that their patients are facing,” Stubing tells Holmes.

Summary: Older men who experience higher blood pressure at night could be at a higher risk of Alzheimer’s disease.Source: Uppsala...